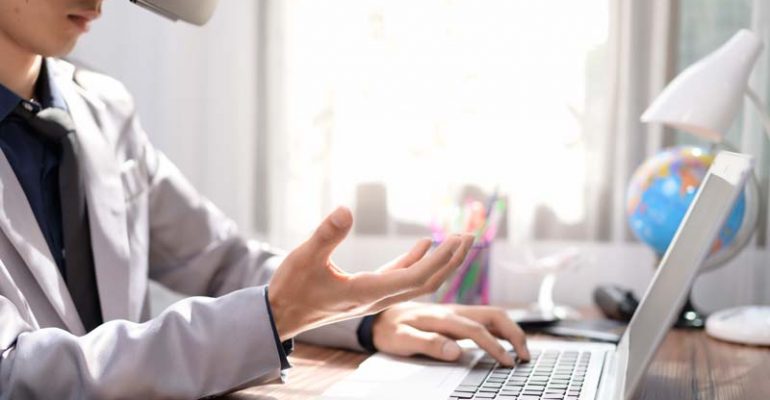 The video gaming industry is in a full swing. Most gamers are people from all walks of life. Games come in all ages, genders and are allowed to step into an alternate reality in a form of escaping from their current world and they can be whoever they want. People get to be soldiers, footballers, basketball players, and also superhumans.

WHAT DOES A VIDEO DESIGNER DO? 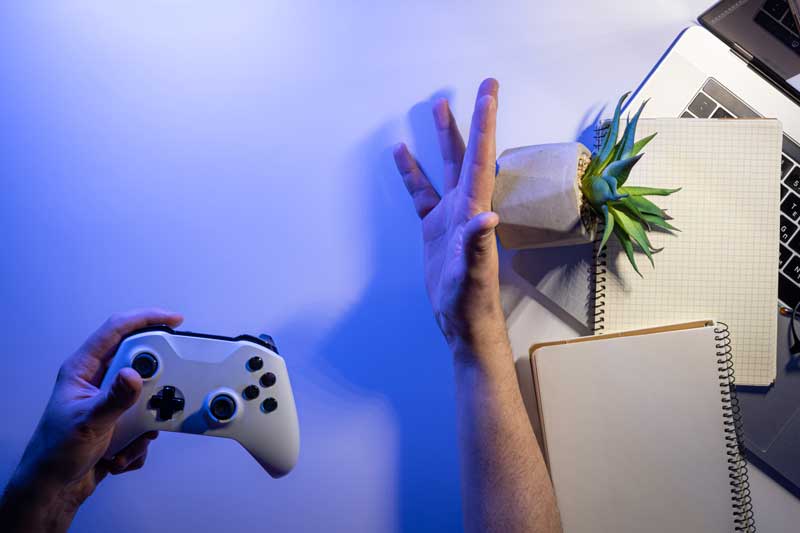 *the game plots and storyline

*Maps, scenarios as well as difficulties within the game

*the creation of a user interface

This entire process is usually created using computer soft wear in which the video game designer inputs computer scripts that are then processed by the computer software to generate the appropriate commands, events, objects, and the characters the gamers interact with.

Different kinds of game designers focus on the various aspects of gameplay. A lot of video game designers usually spend the majority of their time testing and experimenting with coding as well as watch other people make mistakes first hand so they can rectify those mistakes. Project leaders are the coordinators of the entire team and are usually tasks with the communication process inside and also outside of the video game design team as well as making other important decisions.

In the creation of a video game, it usually goes through millions and millions of changes throughout its creative process, and video game designers are also required to constantly check and also recode hundreds and thousands of lines of code. A video game designer is also expected to pay close attention to every little detail or particular aspect in the gaming process such as marketing, design, various technology used in the process of game development, and also art.

Games that focus more on their marketing strategy are usually designed to make a lot of profit and therefore their entire progress is only limited to the demand of the consumers. This is how most games are developed. Video games focus more on the design aspect and allow the video game designer to take full control of the video game and all its aspects. Video games that are usually technology-driven usually tend to focus more on technological advancement and achievement and market gaming consoles and engines, which include high-quality graphic displays. Most video games don’t focus entirely too much on the art aspect however they pay much attention to signs created by the game artists.

Most game designers aim to work for top gaming companies like Blizzard, Electronic Arts, Microsoft Inc., Nintendo, Sony, and the list goes on and on. Game designers usually work in a studio-like environment with other video game designers and computer programmers. It can sometimes get really stressful in such work environments especially with deadlines allocated to projects that are near and also in cases where the game server crashes.

WHAT GOES INTO THE CREATION OF VIDEO GAMES

Video game design is basically the process of creating, planning, and also directing a game in which gamers control images on the electronic display. Video game design requires a highly-skilled designer with the right logic and knowledge in game theory as well as human psychology.

In movies, a movie director envisions how a scene in a movie will turn out even before its shot. The director also tries to know how the view is going to feel. The same applies to a video game designer. A video game designer pays attention to all aspects of a video game and make sure all pieces fit and everything comes out just right for his or her targeted consumers to have the best experience playing the video game.

The day-to-day skills of a video game designer vary from company to company however, some skills remind constant and are required by many game designers.

Communication skills are the first and the most required skill for a video game designer to have. The ability to communicate effectively to technical as well as non-technical members of a team is very important. This can be in a form of written or verbal communication.

In school, there’s a number of ways to improve your writing skills. This may include, creative writing, technical writing, debates as well as speeches. However, if you’re not in school, you should consider joining groups in your community that promote the art of creative writing and communication. 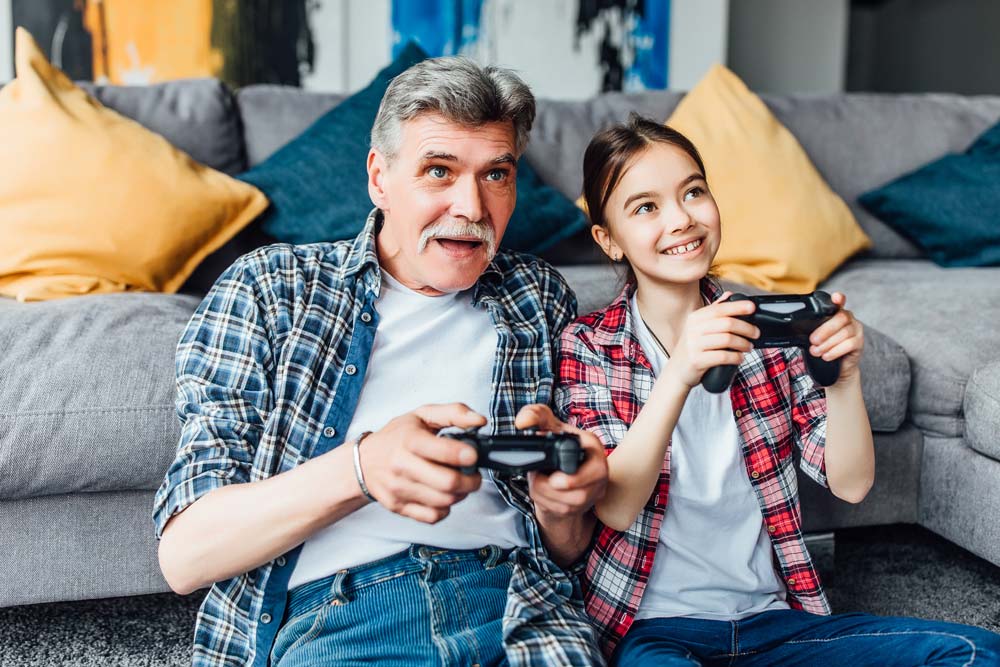 Getting into the best college or university will definitely increase your chances of becoming a very successful video game designer in the future. This is because, very established universities or colleges have a lot of links to the gaming industry, more opportunities to network with some top-level experts in the field who had once attend your college, and also maybe having the right access to having the best internship opportunities to learn from the best in the field.

Generally speaking, computer science is simply understanding how computers work from the hardware to the soft wear and everything in between. In college video game design students will have the opportunity to learn about the operating system of a computer, various computer programming methodologies, algorithms used in computer programming, input, and output among other things.

THE IMPORTANCE OF VIDEO GAME DESIGN

THE IMPORTANCE OF COMPUTER PROGRAMMING

College is a very fun experience to most however it is very important to combine that fun with enriching experiences that will intend to help further one’s career. For example, music lovers can take a formal composition course to learn all about what it takes to write great music. Every game needs a soundtrack and being able to learn to apply this element will make you more valuable as a video game designer.

Courses that build leadership skills are very vital to young video game design students because having the necessary skills required to lead a team will come in handy in the future when you will have to lead a team to work on specific tasks and gaming projects.

The final thing you should think about while in college is to land the best internships and gain a sufficient amount of work experience. Summer breaks should be used for internship programs that will help further your career. This is because most employees look for video game designers with little experience in the field. Therefore securing an internship placement over the summer is very vital no matter the challenges you might face.

There’s a bunch of websites out there like Craig’s list and various job hunting sites that most employers use to list internships and work experience opportunities for young designers who might be interested. The employer typically pays to list the job so you can browse on the various positions available for free.

For young designers that live near the city, it’s a great idea for them to send resumes to their local video game design studios for opportunities to work there. They’re definitely going to be a lot of rejection letters however, with consistency and hard work, you’ll get there. Unfortunately, that’s all part of the process and eventually, you’ll find somewhere tailored to your needs but if you don’t, there’s always a next summer break.

In a nutshell, the process of getting a job in the video game design industry will require you to first write a resume or an application letter and then go through the initial screening and take a telephone interview which will advance to a technical interview. The final interview will be the last step for a young designer which will lead you to get your very first job as a young video game designer and then onto promotions in the near future depending on how hard you perform in your firm. 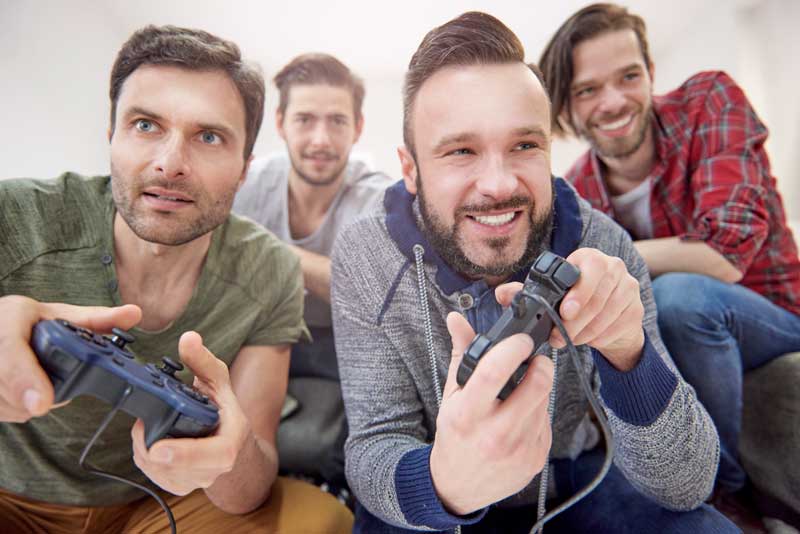 Games are classified due to how similar they are using the concept of genres. Some examples of game genres are first-person shooter games, puzzle games, race games, kids’ games, and side strollers. As a result of the huge number of game genres out there, it’s become more and more difficult for video game designers to become skilled at designing more than one or two. As a result, most video game companies and video game designers pick a single video game genre and stick with it until they become experts in that type of video game. This process sometimes takes a lot of years to master.

GAME DESIGNERS AND GAME DEVELOP WORK AS A TEAM

Without the services of each other, the various plans and tasks maybe by both parties are useless. What’s the point of being able to drive a car if there’s no one there to create a car? The driver of the car is the video game designer and the engineer who makes the car is the game developer. There will be no point in a game developer or engineer creating something that no one is even going to use.

Both the professions of a video game designer and a game developer are equally important in the overall creative process of making a video game. These are both very distinct career paths however, they both feed into each other all the time.

The video game designer gives his or her input about the game and directs the game developer on what to do and the video game designer gives regular updates or feedbacks on how is progressing. They both need each other’s skills in order to create and develop the best videogame. It is therefore a good reason for an individual to have a fair enough idea or understanding of both careers.

Most hardcore gamer probably talks about how bad a video game design is, however, it is harder to point out great Video game designs because sometimes a game is so good, the gamer doesn’t pay much attention to how great the game design is.

After earning a spot as a junior video game designer in a large gaming company, what is left for the individual is to then become a senior designer by working very hard and rising to the very top in his or her company by getting noticed for his or her hard work. Secondly, aiming to be the lead designer on upcoming projects in the company and will give the individual a very big chance to prove him or herself and also test his or her leadership qualities. As time goes on, you can also decide to branch out and start your very own private video game design consultancy. You can take companies on as clients and help them with various video game design elements and projects. You can also open your very own video game design studio and take on whoever you want as a client. Freelance video game designers earn as much as they want to and also work whenever and wherever they want to without answering to anybody.